“If anybody tells you get to over it, remember you’ve got to get through it, “advises peer specialist Michelle Mateo.

Mateo, 49, has gone through a lot, which she believes led to her battling depression and alcoholism. She was two when her mother, a military nurse, died by suicide in their San Francisco home. Mateo’s mother was Irish-American. She never knew her African-American father. A nearby Puerto Rican family adopted Mateo.

“It was a blessing, because it was multicultural with lots of kids,” she recalls.

Mateo’s mother told her not to disclose she was adopted, to protect her from explaining her painful story. Keeping her ethnicities a secret, along with not knowing more about her birth parents and black heritage, left Mateo with a void.

“It had me questioning my own identity, “ she says. “There was a lot of self-doubt, self-hate, hiding, and trying to fit in.”

Mateo majored in Black Studies at San Francisco State University to find cultural pride, but her pain remained. A cocktail waitress job opened the door for heavy drinking. A few years later, hardships rained on her. Abusive relationships worsened her depression. She lost her adoptive mother at 28. Then job layoffs led to homelessness. Mateo’s drinking habits turned into alcoholism.

“Like most people that abuse any kind of substance, it’s because of an emptiness that you don’t want to feel,” she says.

Five years after her mother’s death, Mateo was blessed with a new life–a baby girl. They lived in an Oakland apartment, until their new landlord doubled the rent. They bounced around to family and friends’ homes. Mateo worked, but struggled with soberiety. She changed her mindset after a friend she stayed with, locked her and her child out on a cold, rainy night.

“That was my wakeup call,” she says. “If I couldn’t put myself first, I had to put my daughter first. “

ACBH programs funded through the Mental Health Services Act, helped get Mateo and her daughter back on their feet. While living in a women’s shelter, she utilized East Bay Community Recovery Project’s day program. They offer counseling services.

“I made a commitment to my sobriety and did one day at a time.”

Counselors introduced her to the Wellness Recovery Action Plan (WRAP), a tool that helps consumers manage their mental health. During a one-day WRAP training at Peers envisioning and engaging in Recovery Services (PEERS), Mateo learned about the Pool of Consumer Champions (POCC).

“I looked around the room and thought, people are talking about their stuff and it’s okay,” she says about her first time with the peer-advocacy group. “I felt so comfortable.”

She trained to be a peer specialist at Recovery Innovations. Mateo learned of many resources through the ACBH and eventually found housing. Today she provides peer support in educational programs. Her journey inspires others, including her teenage daughter.

“She gives me a lot of strength and wisdom,” her daughter says smiling.

Mateo says she found self-worth, and is passing it onto her daughter.

“She’ll have a breadth of tools to handle things much differently. She’s got me and the resources around us.“ 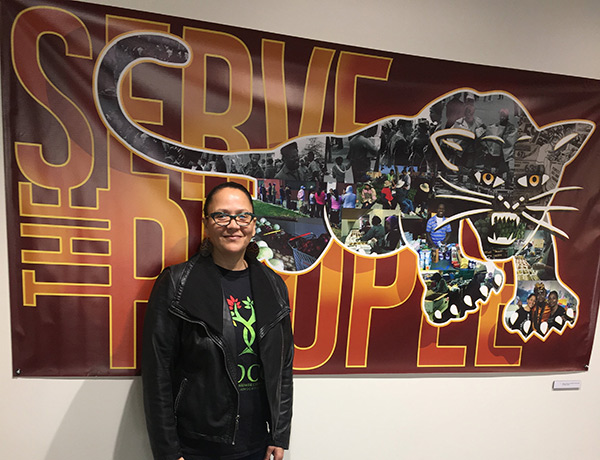